A Short Guide On Drupal 9 Development For Basic Overview 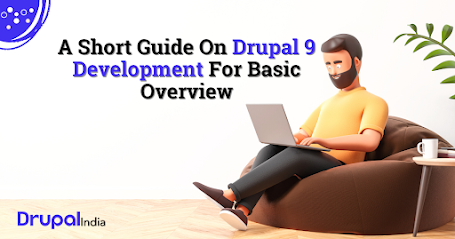 The drupal platform has created quite a following across the business sector. It is due to being an open-source platform that allows you to create a website on your own. Easily managing a website without requiring much technical knowledge is one of the fortes of Drupal.

Here, we emphasize more on the Drupal 9 version which is the latest one to create a feature-rich and highly responsive website. Those looking to avail of Drupal 9 development services must know the basics of this platform based on our introductory guide.

Drupal 9 is the latest version of the platform that came into existence on 3rd June 2020. Since then, it created quite a stir in the Drupal Community for being an updated and feature-rich version. Originally, Drupal 9 is the upgraded version of Drupal 8 which was introduced to ensure clean code while developing a website.

Earlier, Drupal 8 had the issue of creating deprecated code which was the latest fixed in Drupal 9 and allows the developers to write clean code seamlessly. Other than this, there are some other interesting facts related to Drupal 9 that are as follows:

• The upgrade from Drupal 8 to Drupal 9 was less complicated and fast compared to previous versions.

• The first segment of Drupal 9 was somewhat similar to that of Drupal 8 with minor changes and upgrades.

• The goal of the Drupal 9 platform is to remove obsolete code and further updates on third-party dependencies. 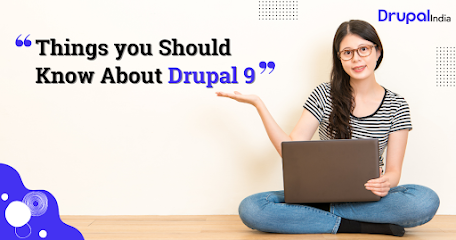 Things you Should Know About Drupal 9

There are several features of Drupal 9 that you should before getting started with Drupal website development with help of a reliable partner.

• Backward Compatible: One of the key features of the Drupal 9 version is backward compatibility. It implies the fact that files, modules, and configurations of the Drupal 8 platform will carry forward to the Drupal 9 version. This sort of flexibility was not there in Drupal 7 and Drupal 8 versions. Because of these particular features, Drupal developers can make changes in the pace or output of code accordingly.

• Clean Code Base: Drupal 9 version features a clean code base to boost the overall efficiency of the website. As already mentioned, Drupal 9 has deprecated code that allows the developers to make changes in the existing code and write cleaner code for seamless functionality.

• Use of Symfony and Twig: Drupal 9 makes the best use of the latest versions of Symfony instead of using the Symfony 3 version. It relies on Symfony 4 or 5 that matches best with Twig 2.0 to increase the overall security and performance of the website. 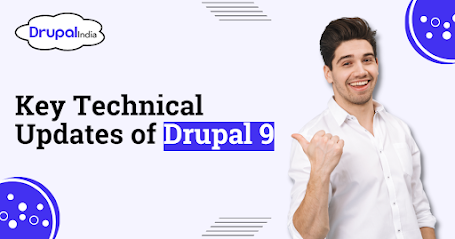 Technically, Drupal 9 is certainly superior compared to the previous versions. And you can have the best look at the same based on the following key points.

• Drupal 9 uses the Symfony 4.4 version instead of accessing the earlier Symfony 3 and breaks backward compatibility with Symfony 4.

• For the purpose of improving protection and stability, Drupal 9 will use PHP 7.3.

• Soon CKEditor 5 will be added to Drupal 9.

• Most jQuery UI components will get removed from the core.

Thinking of Drupal website development? If yes, then rely on the latest version of Drupal 9 to experience the new set of technical capabilities and efficiencies. This version will provide an interactive website experience and a feature-rich content management system. Discuss and know more about this platform from the experts available at Drupal India.

Drupal India
Drupal India is one stop solution for all Drupal services like designing, development, customization and drupal application development from India. Reach us today, if you want hire Drupal developer or professionals.